Hawaii to Mt Rainier, a Climber’s Story part 2 of 2, The Summit As the sky darkened, I began to look earnestly forward to stopping for the night. I couldn’t feel my feet. At all. It was like walking on stubs for legs. The temperature was falling fastand the snow was literally blowing sideways. The chill was eating through my outerwear. Icicles were hanging from my nostrils and eyebrows. I just wanted to lie down and sleep. The rope in front of me suddenly went slack. I narrowly missed colliding into the guy in front of me. I had missed Kyle’s signal to stop. It was time to rest for the night. It was all I could do not to let my knees buckle and collapse face first into the snow.

As if we weren’t already tired enough, we had to get out our shovels and dig pits in the snow and ice to burrow our tents into, otherwise they would be blown to pieces through the night. Once our tents were up, dinner was served.   I couldn’t decide if I was more hungry than cold. Dinner was instant noodles flavored with extra Tabasco sauce to trick our mouths and bellies into thinking they were warm. I ignored my disappointment at the fare that was served to use, silently grateful that I had eaten a good lunch sufficient to carry me until morning. Nevertheless, the cup of hot broth and noodles warmed my hands and belly, and defrosted my nose-sickles. I ate quickly and then retreated to my tent where I yanked my boots off. I was nervous about what I would find beneath my socks. I envisioned seeing blue and black deformed lumps of dead flesh. Peeling off my ice crusted socks, I was relieved to see that my feet were still attached to the bottom of my legs and not sporting telltale signs of frostbite – but it was close. My feet were like dead driftwood, cold, pale, heavy driftwood. I crawled into my sleeping bag and sat on my feet trying to warm them up fast.   I fell asleep at some point in a frozen delirium only to awake the next morning to more of the same grueling trek toward the summit with the same instant oatmeal breakfast, followed by a cold, but satisfying lunch that literally kept me going hour by hour.

The next morning after realizing we were camping in a plateau full of crevasses, that creaked all night, we looked back to see that the ridge we had crossed the day before had collapsed… Yes, you could see our trail across the ridge and the middle chunk of ice and snow had collapsed leaving a huge gap in our path from yesterday! Chills…

Day in and day out. It wasn’t until day three, during lunch that Kyle apologized to us and said that instead of the 6 hours of hiking that we had planned every day until the summit, it was going to be 8 to 10 hours because we were making our own trail and we were behind schedule. We just accepted the news without complaint and kept moving forward.

You see, when Kyle met our group on the first day, he saw that we were all fit and had offered us a more challenging trek than the standard guided tour. We all accepted, not realizing that we were going to be breaking a virgin trail and adding several thousand feet and hours to the trek.

On the fourth day of our trek, we were approximately four hours from the summit, when a blizzard hit us like the blasting breath of an ice dragon hell bent on freezing us in our tracks, or blowing us off the mountain altogether. My feet at that point hadn’t defrosted in over a day. My face was numb to the touch and each breath burned in my lungs. I couldn’t see a thing for the shooting ice snow and biting wind. I had to trust completely in my guide, Kyle, to lead us to the summit in the blinding chaos of snow and ice. The grey turmoil of the blizzard got darker as somewhere beyond the clouds and snow that hugged the mountain top, the sun was setting on another day. I have no idea how Kyle knew where he was going.

Kyle stopped us about 30 minutes from the summit where we set up camp in the blizzard. I struggled clumsily in my bulky outerwear to secure my tent. But that ice dragon wrestled furiously with me for it as it blew in the wind like a flag in my hands. Determined, I remained focused and methodically tied down my tent, finding some relief as I moved my gear inside and rested. Thank goodness Adam Quinn was my climbing partner as he had ice in his veins and was a weathered ship captain with prate blood running through his veins! Arrrr…

After a short reprieve and much lighter without our gear, we continued on until we reached the summit. The wind howled around us, pelting our faces with sharp ice crystals, but it didn’t matter as I couldn’t feel my face anyway. At the summit, Adam and I huddled together for a picture, stretching a small flag between us that Adam’s girlfriend (now wife), Leslie had made. In bright blue and green colors were the letters, L & A. It stood for Latatude and Adatudes – our adventure company name. (Get it, Jason Latas, Adam Quinn? Well it seemed like a good idea at the time…)

We didn’t linger on the summit. We had made it to the top, took pictures to prove it, then trekked down as quickly as we could. Hot broth and noodles waited for us upon our return. Once in my tent, I went through the same ritual of warming my feet again, knowing that I’d be back at base camp soon enjoying a burger & beer and reflecting on what I had just accomplished.

The trek down was a little easier, having gravity on our side and, for the first time, using an established trail. But it was just as scary. There was one point where we had to walk across a 10 foot long aluminum ladder that was laid across a huge 6-8 foot crevasse that was deeper than I could see. It might have been easier if I didn’t have steel crampons on my boots that made me slip on the ladder rungs like a cat on ice. While crossing the ladder, we still had to maintain the, one-step-at-a-time rhythm that kept me from scrambling across the ladder like my instincts begged for. I kept having to remind myself that if I stepped too fast or too slow, I could stumble and knock my rope buddies off balance, toppling the whole team into the cold dark abyss. We made it across without incident and I didn’t lose my lunch either.

Just when we thought we were in the clear, I felt a tug on the rope in front of me, and heard a desperate shout. In seconds, everyone hit the deck and dug their ice axes into the glacier. As I dug my ice axe in as hard as I could, I braced for the dreaded jerk on my line as one of our team members had fallen. In just a few moments, it was made known what had happened. One of our team had unknowingly stepped into a steam vent and had fallen up to his shoulders before the rest of the team had reacted to stop his fall. On the way down he had extended his arms to grab for anything and consequently twisted his left shoulder badly. After we pulled him out and ascertained his injuries, one of our guides, Jason made a rope sling for his arm. We had to split up his gear, as he could no longer carry his heavy pack. Consequently, we had to slow the pace a bit so he could keep up.

Within a few hours we could see base camp and we all un-roped, took off our “foot fangs” (crampons) and started glissading down the mountain on our boots, hooting, laughing, screaming, falling and rolling like little children. After five days of extreme tension, we all needed the release.

That evening, we all straggled into the small village at the base of Mt. Rainier. Our first stop was the local tavern where we sat back and enjoyed a cold mug of beer and warm burgers. Bleary eyed Kyle admitted over his mug of Seattle Brew, that in his 15 years of leading groups up Mt. Rainier, this one had been the toughest. He had miscalculated the route and had started lower than he had planned which explained why we were behind schedule. With the weather and the increased risk of avalanche activity of the Mountain in July, Kyle had experienced some intense anxiety over whether or not we would make it. But, by looking at him, you’d never would have guessed. This rugged mountaineer had calm written all over him despite the dangers we had encountered on our trek – thanks to his expertise and many years of training.

The Morale of the Story

Always be prepared for whatever life may throw at you. Life comes at ya fast and you don’t always know what’s around the next corner. Keep yourself fit and healthy so you can meet life’s challenges with confidence and your chin up. Whether, you’re an entrepreneur, a parent, employee, or all of the above, take the time to set goals, visualize where you’re going and set out on your journey with a plan. If it’s familiar territory you may have the experience and tenacity to do it on your own. If not, don’t be afraid to hire a guide that has been to the summit that you have your sites on. Whether it’s a life coach, personal trainer, business coach or any other guide, find one that has been to that summit many times and led others there before. It could take years off of your trek and perhaps even save your life J

A MOUNTAIN IS CLIMBED ONE STEP AT A TIME

Everyone who got where they are had to begin where they were. Your opportunity for success is right in front of you. Seize it!

To attain success or to reach your goal, don’t worry about having all the answers in advance. You just need to have a clear idea of your goal and move steadily toward it.

Don’t procrastinate when faced with a difficult problem. Break your problems into parts and handle one part at a time.

Develop a tendency toward action. You can make something happen today. Break your big plan for success into small steps and take the first step right away.

“We should not fret for what is past, nor should we be anxious about the future; men of discernment deal only with the present moment.”

Success starts with a first step… 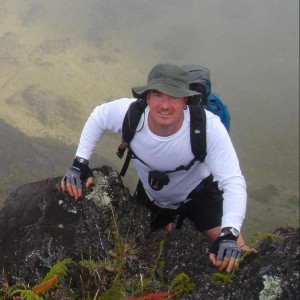 PrevPreviousGreat Hike into Haleakala Crater, Maui with Jason Latas and ESPN
NextHawaii to Mt Rainier, a Climbers Story part 1 of 2Next
On Key